All you need to know about Thread mesh network

It's an exciting time for smart home technology. The latest advancements have us connecting and controlling our lights, appliances, and everyday essentials faster and easier than ever. Everybody knows WiFi® and Bluetooth®, but let’s introduce you to Thread®.

Thread is a low-power, low-latency mesh network that allows smart devices to "talk" directly to each other. You could think of each Thread-enabled smart device as a node in its own network. In other words, Thread creates a mesh network by making each device (or node) in the system an access point. The more devices/nodes you add, the more robust the network becomes.

Rather than each device requiring communication with one hub or bridge, Thread shares the responsibility across devices. Each Thread-enabled device will act as a mini-router, which means you don't have to deal with third-party hubs or WiFi bridges. That makes connection faster and more reliable, as the signal isn't going outside its system and back again.

Wemo Smart Plug connects to Apple HomeKit and allows you total control of lamps, fans, and other appliances. This plug conveniently uses Touch Pairing for a quick and easy setup.

Here’s why Thread is important

Thread creates its own mesh network, entirely separate from your primary WiFi network. By leaving the smart accessories out of the mix, your WiFi network can concentrate on what it does best, resulting in the entire home running more efficiently.

The Thread mesh network is always on. The continuous signal keeps your devices ready to spring into action whenever you need them.

No Hub or Bridge

Long gone are the days of proprietary hubs and bridges. Thread accessories communicate with each other with a single border router, and you may already have one—a HomePod® mini and Apple TV® 4K can both act as a border router.

Thread forms a network between smart devices. The more devices you add, the stronger the network becomes and the wider its coverage reaches. If one device fails, the others pick up the slack.

Thread will work with Matter to make your IoT life easier. Never heard of Matter? You will soon. Matter is a newly developing smart home standard, with Thread being one of its key pillars. You're future proofing your smart home with Matter and Thread.

Matter is a new way for your smart home devices to communicate. The aim is to make it so whichever smart accessory you purchase, regardless of the manufacturer, you'll be able to integrate it into your home system with ease. And with Thread being a pillar of Matter, your Thread-enabled Wemo products are guaranteed to support the future Matter standard.

Why Wemo for your home mesh network?

From our Los Angeles-based global headquarters, Wemo® has been making people’s lives a little easier since 2012. We’ve been welcomed into 3.4 million homes in more than 200 countries worldwide.

Wemo is the award-winning home automation and IoT brand that’s part of Belkin International. We make setting up a smart home simple, with the integration of modern technology and ease of use. Wemo users can control their lights and appliances from anywhere with Apple HomeKit.

We create products that help people around the world realize the power of technology to make lives better, easier, and more fulfilling. Our dedication to people-inspired design and quality informs everything we do, from user testing and prototyping process, strict adherence to regulatory compliance, manufacturing, and warranty programs. 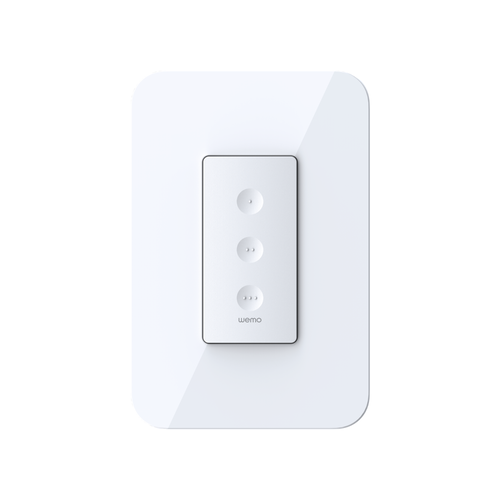